Colors and patterns are never strangers in fashion, especially scarves. The techniques and designs of such fine crafts have always been my interest. I have a chance to study the history, design inspirations, and the making-of scenes of Hermès scarves, which are made in their factory in Lyon, France.

Do do you know who gets to determine the design and color combos of each piece?

: Designers of the ingenious squares :

Who designs the scarves? The first ever scarf was designed by Mr. Robert Dumas (as seen above) in 1937. Directing the house of Hermès, he loved designing but could not realistically do everything. So he called on talented specialists for collaborations, such as Hugo Grygkar, who was to sketch the famous Brides de gala in 1957.

And today, Mr. Pierre-Alexis Dumas carried on his grandfather’s tradition, as the artistic director of the Hermès group. He sets the aesthetic theme directions and co-create the carrés with in-house colorists. See below for the making-of processes of these intricate Hermès carrés, from weaving, color mixing, engraving, printing, to sewing. It truly inspires me as a designer myself that such crafts take patience, time, and concentration to achieve good results. This might be a long post, but it is definitely something worth sharing!

All raw silk materials and weavings are completed in a family owned Brazilian mill, who supplies “flottes” (skeins of raw silk) to the Perrin establishments, who have been weaving silk for Hermès for half a century. The processes are:

After receiving a general design direction from Paris, the coloring team in Lyon explores the color combinations on the neutral-colored squares. The team consists of 6 women, representing 6 schools of styles and imaginations.

Once the harmonies are confirmed for each design, engravers receive life-sized (90X90cm) hand-painted mock-up on card. Their job is to separate this mock-up into films for each color appearing in it. The steps below explain why a simple 30-color design consists up to 600 hours of engraving.

Traditional silk screen printing methods are used for the carrés, which takes precision and skills to carry out.

This final operation, which gives the Hermès carré its unique rolled hem, the “roulotté”, is done by hand.

See how my friends appreciate their Hermès carrés here! 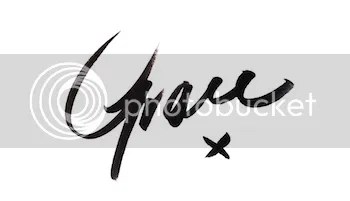 As a daughter of an entrepreneur and being one herself, Grace has lived and learned all sides of creating and growing businesses. She is excited to bring all that life experience as well as 7 years of crafting content to G Edition, her very own edition of experience sharing in work and travel. She is a full-time bag designer and manufacturer, part-time traveler, and a lover of creative crafts.